I grew up in Toronto, Ontario Canada. For those who don’t know where Toronto is, it is located on the northwestern shore of Lake Ontario. It is the most multicultural city in Canada.  It is the provincial capital of Ontario. It’s where everything happens.

This is the place that I immigrated to at the age of 5 and left at the age of 29. It is the city that I am trying to desperately move back to.  My current community is not home anymore.

I grew up at Jane Street and Woolner Ave in a high-rise building. We lived on the fourteenth floor. As a child, I thought my street was the safety place in the world. The kids I hung out with and grew up with had tons of freedom. We would leave our apartments in the morning and not return until dinner time.  We got in tons of trouble.

The illusion that my street was safe changed when I was 12. The year I was raped by two men on my way home from the corner store. As soon as I could get away, I did. I never looked back.

As an adult, I found out that my street was a well-known area for dealing drugs. I was shocked because I never saw that part of my community. Now when I do look back at my childhood, I do recall things that were a bit….odd.

There were always guys hanging out at this one store, they were there everyday.  All day long. They never left to go to work or to go anywhere else.

Also, I recall coming home from vacation one summer to hear about a man who lived in my building who had killed himself, his wife and his child. He left another child alone in the apartment with the dead bodies. He jumped in front of a train. I am not sure if this was true or not.  But that was the rumour.

So, as I write this I am interested to know if anything has changed about my childhood community.  I haven’t been back since I was 18 and now I am in my forties.  I found out that:

“Jane and Woolner is home to many new immigrants from various backgrounds, this area was once ruled by drug and gang activity, but now is slowly emerging from its troubled past. The main gang inhabiting the area are the South Side Gatorz as well as their subset the Junior Gatorz, but members of transnational Hispanic gangs such as the Latin Kings as well as MS-13 have been known to frequent the Woolner Apartments as well.”  If you want to read more, click here.

I am shocked that there was gang activity. It’s funny how your world is so small when you’re a child, and you see what you want to see and nothing else.  Jane Street.  Woolner Ave.  I don’t think I will be going back there anytime soon.

This work is licensed under a Creative Commons Attribution-NonCommercial-NoDerivatives 4.0 International License. 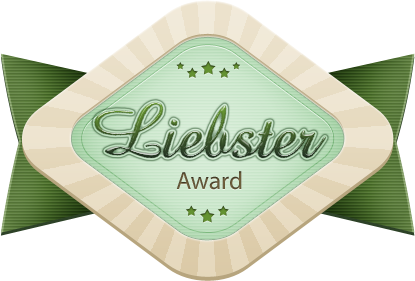 What are people saying

WITHIN ME LIES AN INVINCIBLE SUMMER

Sharing my thoughts through blogging is a way for me to get my feet wet creatively, planting them on a solid ground of rants, vents and ramblings, tossing around potential characters and ideas in my head. I have found my safehaven, where I can have an opinion on about anything from religion, sprituality, sexuality, dating, family, love and so on.... I have been an avid reader since I was old enough to pick a book up. I would rather get lost in a good book, where all my troubles become mincule to what people(real or make believe) are going through. This has always been my dream, to write for a larger audience. So, follow me on Wordpress and give me your honest and heartfelt critiques. “Be fanatically positive and militantly optimistic!" (unknown)
Follow THE REVERIE OF A SINGLE MOTHER on WordPress.com

What if life was completely random?

Lessons From the End of a Marriage

A "How to Thrive" Guide After Divorce

because some thoughts are best, when written out loud

Have a dose of what life is really like living here – from my single-handed destruction of the Turkish language, random arguments with random relatives about everything from apples to vaginas to learning the secrets to making the perfect içli köfte! Highs or lows this is my observations from the melting pot of crazy that is my life in Mersin.

THE REVERIE OF A SINGLE MOTHER

WITHIN ME LIES AN INVINCIBLE SUMMER

My alter ego is a bad bitch

A blog about midlife, travel, adventure - and all things in between

Thought Catalog is a digital youth culture magazine dedicated to your stories and ideas.

Shattered By My Husband's Affair

Picking Up The Pieces, One Shard at a Time

Join eight time published author in her adventures with a pen.